Exam tip of the week

MCQ of the week

How doctors should respond to negative posts/comments on social media/networks?

How to manage pregnant patients with possible exposure to varicella zoster

How to approach delayed puberty? 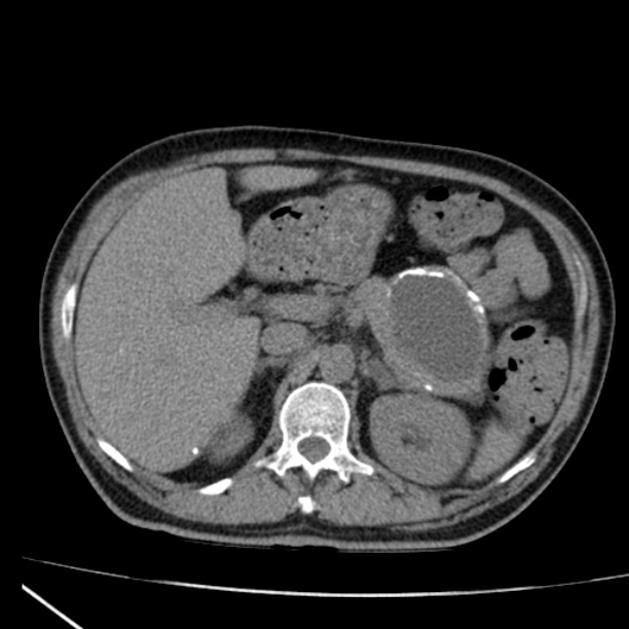 A pancreatic pseudocyst is a collection of pancreatic juice encased by reactive granulation tissue (not epithelial tissue) in or around the pancreas. Pseudocysts can be single or multiple, small or large, and can be located either within or outside the pancreas. Most pseudocysts communicate with the pancreatic ductal system and contain high concentrations of digestive enzymes such as amylase and lipase.

The walls of pseudocysts are formed by adjacent structures such as the stomach, transverse mesocolon, gastrocolic omentum, and pancreas. The lining of pancreatic pseudocysts consists of fibrous and granulation tissue; the lack of an epithelial lining distinguishes pseudocysts from true pancreatic cysts.

The mechanism by which a pseudocyst is formed is necrosis and liquefaction of the pancreatic necrosis of pancreatic or peripancreatic tissue.

Pseudocyst can be seen in the following situations:

Clinical manifestations and complications of pancreatic pseudocysts include:

NOTE - up to 40% of pseudocysts resolve without intervention; however, they can produce a wide range of clinical problems depending on the location and extent of the fluid collection and the presence of infection.

Pancreatitis pseudocysts are diagnoses with CT or ultrasound scan. Where the diagnosis is in doubt, the content can be aspirated (under endoscopic ultrasonography or CT scan) and examined.

The old rule mentioning that intervention is needed if the cysts are larger than 6 cm or persist beyond 6 weeks is no longer in use, and surgical intervention should be considered if any of the following is present:

Surgical drainage is the criterion standard against which all other interventions are measured in terms of success rate, mortality and recurrence rate. In recent years, however, endoscopic drainage has been introduced and can be applied provided that the cyst is near the stomach or duodenal wall:

There are two main types of endoscopic drainage:

NOTE – pseudocysts should have a mature capsule (wall thickness>3mm and <1cm), bulge the lumen and have minimum size of 5-6 cm to become eligible for endoscopic drainage.

Generally, endoscopic drainage methods are preferred over open surgical treatment if eligibility is met and there is no contraindication because these methods are less invasive and associated with fewer complications.

Laparotomy with cyst excision and internal and external drainage is still the gold standard management option; however it is ONLY considered first-line therapy for surgical intervention in the following conditions:

NOTE – pseudoaneurysm is an absolute contraindication to endoscopic drainage unless it is embolised prior to the procedure.

Generally, patients with symptomatic pseudocysts should undergo interventional measures for pseudocyst drainage. The procedure of choice is endoscopic drainage. This cyst is 10 cm in size (>5cm) and amenable to endoscopic drainage either by endoscopic transmural or transpapillary drainage. Transpapillary drainage has the lowest complication rate of all the mentioned procedures and is the method of choice if the pseudocyst communicates with the pancreatic duct. Fortunately, 80% of pseudocysts communicate with the pancreatic duct.

Before proceeding any further you need to agree to the following:

In order to use the content of the website/ app, your computer/ device needs to meet minimum requirements. You understand that before proceeding any further and after closing this dialogue box, you need to refer to the FAQ/ Technical Issues/ System Requirements on the website and check if your computer(s)/ device(s) meets the criteria for use. Please note that in case of any inconsistencies, Amedex cannot be held liable and in case you have paid for a subscription that you cannot use due to such inconsistencies, no refund is possible.

Please note that we strictly follow a no-refund policy; therefore, before subscribing for any of our paid material, make sure that the content meets your needs. You can do this by means such as asking those who have subscribed and used our material before, or taking a look at our free demo materials, or subscribing for just one or more days to assess the content.

Please also note that all the contents of the website are strictly copy-right protected and any attempt to reproduce the content such as using 'save', 'save as...', 'print', 'copy', 'cut' in your internet browser or their shortcut keys on your keyboard or keypad, or any attempt to capture the screen while amedex.com.au is the active page or window is an explicit violation of our Terms of Service and will have serious consequences such as suspension of your account and legal proceeding.